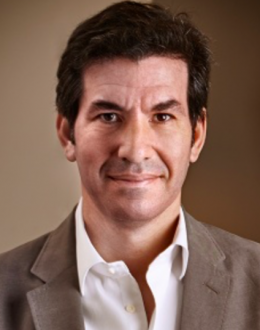 Andy Freire is Axialent’s co-founder and CEO. Entrepreneur in the business and social domains, after working at Procter & Gamble, he founded and led Officenet, a company that revolutionized the industry of distribution (retail) of office supplies in Latin America growing from one to almost a thousand employees in a 4 year span.

When he was 18, he created the Fundacion Iniciativa, for the promotion of leadership among the Latin American youth. He collaborates weekly with CNN in Spanish as „Expert Entrepreneur.” He was distinguished by the World Economic Forum as „Global Leader for Tomorrow”, by the Endeavor Foundation as „Latin American Entrepreneur of the Year” and he was one of two finalists who received awards as „World Young Business Achiever” in the Philippines in 2002.

Co-founder of IBM Blockchain Ventures and Prose Ventures. Head of...

Professor of Strategy and Management.
The Abu Dhabi Crown Prince...