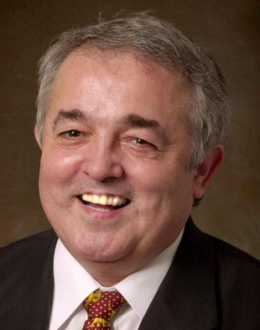 Ian Angell is a world renowned professor of Information Systems at the London School of Economics. Professor Angell acts as a consultant on the management and strategic impact of information systems, to many national and international organizations and to a number of governments and the EU.

Until 2000 he was a personal advisor to the Cabinet of the Director General of UNESCO (Federico Mayor), and he has consulted for the Russian Ministry of Science on the impact of IT on employment. In January 1998 he was invited to present his ideas to the Malaysian National IT Council and had private meetings with both the Malaysian Prime Minister Dr. Mahathir Mohamad and the (now ex-) Deputy Prime Minister Anwar Ibrahim.

He has also come to the attention of some very senior international businessmen and politicians who have invited him for private discussions about his ideas.

Professor Angell has delivered over one hundred and fifty talks to many well-known international companies and national organizations. He has had the honour of stepping in at short notice to cover for the absences of both President Gorbachev (for Stern Stewart in Chartes) and Senator Edward Kennedy (for Zefer at Harvard).

Famous historian, philosopher and the bestselling author of Sapiens: A...

Ford Professor of Economics at MIT and a Research Associate...

Paul Whiton Cherington Professor of Business Administration at the Harvard...