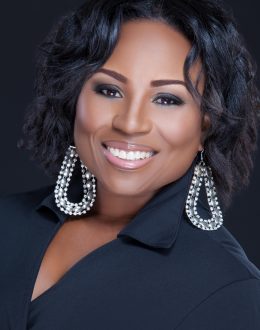 Dr. Camille Wardrop Alleyne is a rocket engineer, space scientist, internationally-acclaimed speaker, writer, educational leader and science ambassador. She has dedicated her 25-year career to advancing the areas of aerospace and space technology development, specifically in the fields of human and robotic space flight, space vehicle systems engineering, integration and testing and space (microgravity) research. In the last several years, Dr. Alleyne has emerged as an expert in the areas of space, science and technology application in international development, specifically focused on developing countries.

Dr. Alleyne currently serves as the Deputy Manager for Commercial Lunar Payload Services at NASA Johnson Space Center, where she is responsible for developing the strategy and mechanism for the commercialization of our Earth’s moon, by US commercial companies. Priorto that she served as the Assistant Deputy Associate Administrator for Programs in the Science Mission Directorate at NASA Headquarters where she provided technical and executiveleadership on NASA’s planetary, earth, heliophysics and astrophysics science missions. She has also served as the Associate Program Scientist for the International Space Station, the Orion Crew Module Systems Engineering, Integration and Test Technical Manager, Lead Systems Engineer for Constellation Program and as a Flight Systems Test Engineer at the NASA Kennedy Space Center where she started her career.

A leading advocate for the education of girls in science, Dr. Alleyne founded The Brightest Stars Foundation in 2007, a non-governmental organization dedicated to educating, empowering and inspiring young women to be future leaders through the study of science, math and technology. Through her work with the foundation, she has impacted the lives of thousands of young women around the globe. Dr. Alleyne holds a Bachelor of Science in Mechanical and Aerospace Engineering from Howard University, a Master of Science in Mechanical Engineering from Florida A&M University, a Master of Science in Aerospace Engineering from the University of Maryland, College Park and a Doctorate in Educational Leadership from the University of Houston.

Dr. Alleyne, who was born in Trinidad and Tobago, is a licensed Private Pilot whose accomplishments include being a Finalist in the 2004 Astronaut Selection Program. She has received numerous awards and commendations from national and international organizations including being awarded Outstanding Woman in Aerospace by the National Society of Black Engineers; Distinguished Alumni award from FAMU/FSU College of Engineering; and Commendation Award by NASA Johnson Space Center Director for her outstanding leadership and contribution to NASA’s mission. In 2011, the National Institute for Higher Education, Research, Science and Technology (NIHERST) in Trinidad and Tobago named her as one of theCaribbean’s icons in Science and Technology. Dr. Alleyne is a proud mom of Kiarra – a senior at Yale University.

Co-founder of IBM Blockchain Ventures and Prose Ventures. Head of...

Professor of Strategy and Management.
The Abu Dhabi Crown Prince...