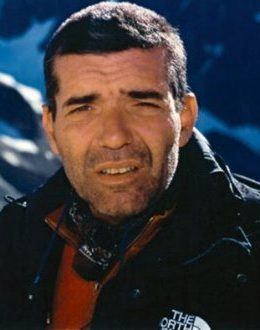 Carlos „Carlitos” Miguel Páez Rodríguez (born October 31, 1953 known as “the man of the iron spirit” is one of the 16 survivors who spent 72 days in the “Cordillera de los Andes”. The crash of Uruguayan Air Force Flight 571 occurred on October 13, 1972.

He is an Agricultural Technician graduated from Universidad del Uruguay, developing this activity for 10 years. In 1992 he started his career in advertising as a member of Nivel-Publicis creative team.

He founded his own Agency, Rating Publicidad and was Director of Bates Uruguay Publicidad. At present, he manages his Communication Consultancy and Public Relations company apart from his activities as a lecturer all over the world.

In 2003 he published „After Day 10,” a resounding success that has more than 18 editions to date. In 2012 he published his latest book „My Second Cordillera”.

Anthropologist, Researcher and Intel Fellow and a Vice President in...