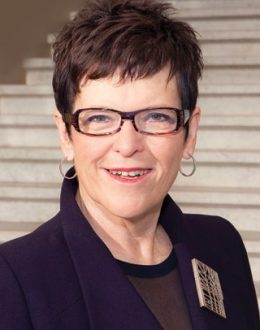 The Right Honourable Dame Jenny Shipley is a former Prime Minister of New Zealand and today is a Director, Advisor and Keynote Speaker with a special interest in mega trends in business, economic and social development opportunities globally. She was the 36th Prime Minister of New Zealand from December 1997 to December 1999, the first woman to hold this office and to date the only female leader of the New Zealand National Party. In the preceding 7 years she was a Senior Minister in the New Zealand Government and a driving force in the successful decade of economic and social reforms in NZ.

She retired from NZ politics in 2002 and has since established a very successful new career.

Jenny chairs Global Women NZ and gives her time to a number of causes including as Vice president of the Club of Madrid, a group of 102 former Presidents and Prime Ministers and a member of the World Women’s Leaders Council. Both groups work in many countries, promoting democracy, the advancement of women and every aspect of social and economic improvement and progress. She is Patron of Sir Edmund Hillary Outdoor Pursuits Centre and the New Zealand Heart Foundation’s „Go Red for Women”. She has also established a Namibian Education Trust that supports a cluster of schools in Northern Namibia.

Founder of the Global Soap Project and top 10 CNN...

Paul Whiton Cherington Professor of Business Administration at the Harvard...