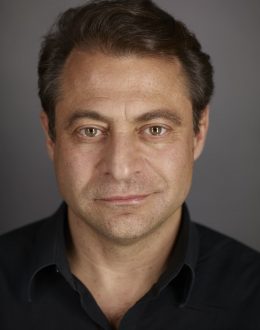 Chairman and CEO of the X PRIZE Foundation International leader in the commercial space arena Co-Founder & Chairman of the Singularity University, a Silicon Valley based institution partnered with NASA, Google, Autodesk and Nokia
diamandis@gspeakers.com
SERVICE
STANDARD
PRO
VIP
TOPICS
- OR -
+1 302 351 7504
ABOUT SPEAKER

Dr. Peter Diamandis is the Chairman and CEO of the X PRIZE Foundation, which leads the world in designing and launching large incentive prizes to drive radical breakthroughs for the benefit of humanity.

Best known for the $10 million Ansari X PRIZE for private spaceflight and the $10 million Progressive Automotive X PRIZE for 100 mile-per-gallon equivalent cars, the Foundation is now launching prizes in Exploration, Life Sciences, Energy, and Education. Diamandis is also an international leader in the commercial space arena, having founded and run many of the leading entrepreneurial companies in this sector including Zero Gravity Corporation, the Rocket Racing League and Space Adventures.

As co-Founder & Chairman of the Singularity University, a Silicon Valley based institution partnered with NASA, Google, Autodesk and Nokia, Diamandis counsels the world’s top enterprises on how to utilize exponential technologies and incentivized innovation to dramatically accelerate their business objectives.

Former Federal Agent in the Australian Federal Police and Co-founder...

Professor of Cognitive and Computational Neuroscience, Co-Director, Sackler Centre for...